Ever wanted front-row seats to watch your favorite t.v series with the most famous celebrities?
Now’s your chance to be a part of a LIVE studio audience!
Here are the top 9 best shows to watch (The Golden State Edition):

Ellen
Age minimum: 14 y/o
Comedienne Ellen DeGeneres is best known for her purely hilarious sense of humor. Best known for her daytime tv show, Ellen won a total of 35 Daytime Emmy Awards during the show’s first 8 years on air! This funny, feel-good show includes segments giving generous prizes to watchers at-home interviews and games with celebrities! Get ready to laugh and have lots of fun at this show–and even maybe a few gifts in hand!

The Big Bang Theory
Age minimum: 18 y/o
This daytime comedy geared to any age group, surrounds two scientists, Leonard and Sheldon, their neighbor Penny and friends Wolowitz and Koothrappali. This quirky comedy catches you by surprise when watching intelligent people from the science world baffled at how to handle social situations. The character’s awkwardly funny situations will guarantee a good time for those who enjoy this niche show. 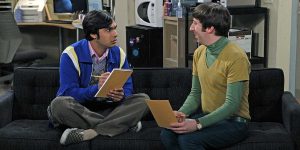 Jimmy Kimmel Live
Age minimum: 18 y/o
Jimmy Kimmel started out his career on Comedy Central, and his late-night show “Jimmy Kimmel Live” has snagged a few Emmy Award wins and nominations, though the show is best known for its segments collaborative with celebrities. His most famous, “Celebrities Read Mean Tweets”, where some of the most famous celebs from various different industries read harsh tweets made about them. If you want to spend your night with your own comedy show, this is the place to be!

Wheel of Fortune!
Age minimum: 8 y/0
This classic gameshow is a spinoff of the children’s game “Hangman”, where contestants play to win thousands of dollars in cash and prizes–as long as they solve the puzzle! With the original hosts of the syndicated show’s first air: funnyman Pat Sajak and the always-beautiful Vanna White, their energetic and never-failing spirits help contribute to the experience of being a part of the audience of this simple and quick gameshow- proving to be a great option for a game-night for everyone in the family!

Dr. Phil
Age minimum: 16 y/o
Dr. Phil has been bringing his insight as a professional doctor and experience in psychology since 2002, after being picked up from his popular segments on The Oprah Winfrey Show. Real audience members share their stories from various realms (abuse, mental illnesses, bullying) and are given advice from Dr. Phil. Bring some tissues to this one, and prepare to be inspired!

Lip Sync Battle
Age minimum: 18 y/o
Featuring some of the most popular celebrities, this show is a full-scale theatrical performance: lights, hair, makeup, costume, and set design are all included in these celebrities’ performances where they lip-sync to two songs of their choice.
Get ready to dance and sing your hearts out with your favorite celeb–you choose who wins!

The Voice
Age minimum: 16 y/o
Contestants compete to win $100,000 and a record deal with Universal Republic Records. The most exciting time to watch this show would be during auditions; what makes this singing competition different from any other is its blind audition phase, which includes celebrity judges (most recently being Alicia Keyes, Blake Shelton, Miley Cyrus, and Adam Levine) choosing contestants solely based off of their voices with the hopes of being their mentor for the season. This anxiety-filling yet the exciting process is a great option for lovers of finding talent! Cheer on your favorite contestants and their celeb coaches to help them both take the win!

Jeopardy!
Age minimum: 8 y/o
A classic gameshow with a twist, in which contestants receive an answer and must produce the question to the answer in order to win monetary prizes. One of the longest-running shows on this list (the syndicated version being around since 1984!), this challenging show is classically known to suit the scholarly, but if you’re just looking for an intense competition with some fun facts- this is the show for you! 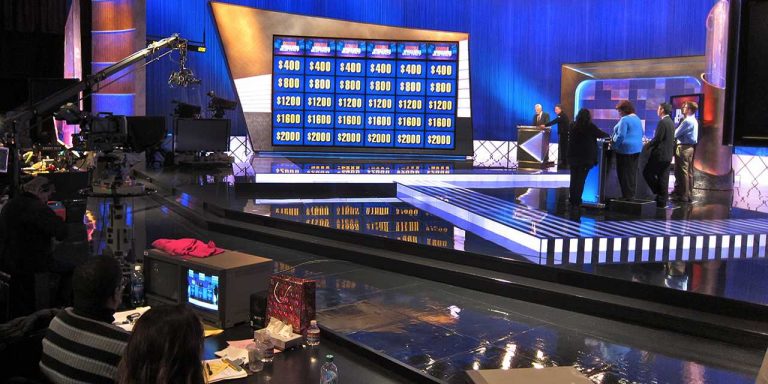 The Real
Age minimum: 18 y/o
Four beautiful, fresh-faced celebrity hosts, including actresses Adrienne Bailon and Tamera Mowry, comedienne Loni Love and television host and fashionista Jeannie Mai represent different ethnic minorities (Asian, African-American, and Latina) as well as come from different familial and career backgrounds- and most importantly hold different opinions! Their bold, youthful perspectives on life’s curveballs and how to handle them are totally relatable and surprisingly insightful. An unexpectedly perfect option for those seeking these elements in a daytime talk show!

NEWBIE TO BEING A PART OF A STUDIO AUDIENCE?
HERE ARE SOME EXTRA PIECES OF ADVICE:
* EARLY IS ON TIME, ON TIME IS LATE…
Do we even need to mention what being “late” entails? If you want to get the best seat in the house with the perfect view of the stage, you have to come early!
* WHAT’S THE RUSH?
Filming takes up much more time than the show’s actual airtime, so make sure you have enough time carved out in your day to stay for at least a couple of hours.
* BABY IT’S COLD IN HERE!
To compensate for the hot stage lights, the studio cranks up the A/C big time! Make sure you have a cozy sweater or two so you can relax and enjoy the show!
* Want to be caught on air? Trying to dazzle in the spotlight and have your 15 minutes of fame as an audience member? Do your homework ahead of time! What types of things is the show looking for? It might be a silly costume for a game show like Wheel of Fortune! or it might be well-dressed people for a cameo appearance in a talk show. Also, be enthusiastic: employees sometimes tap the most eager audience members to be part of the show. And that’s all that you need to be on the show!